This past week has been basically constructed of me going to work, and editing on my spare time. I'm in a bit of a hurry to finish my PMV for the contest at Bronycon, so I'm working really hard on that. While doing so, I decided to take some screenshots of what my composition in After Effects can look like. This is the more complex stuff with expressions and keyframes, but eh, it's something that I've had to get used to doing. I won't be explaining what's exactly going on in each picture, this is just a quick look at what it looks like when I'm editing.

The scene I'm working on is basically a scene with "light strokes" in 3D space. I wanted them to be symmetrical, so I decided to use expression and linking everything together to make sure they were perfectly symmetrical.

Here I've started writing down some of the expressions. If you don't know, you can use Javascript to code different kinds of stuff in After Effects. When used properly, it's a very effective tool: 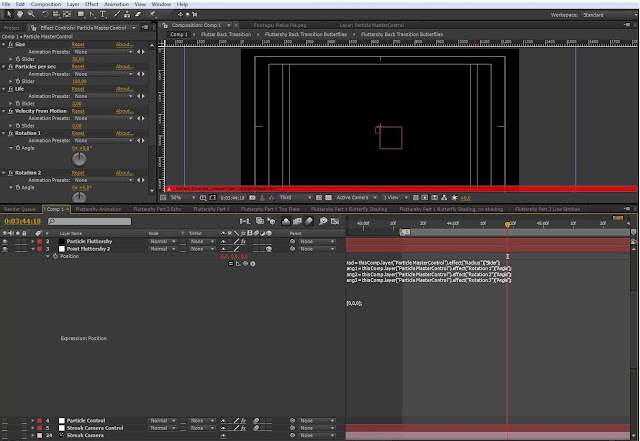 I decided to use a path based on a circle for the streaks, so I dug up the mathematical equation for a circle, and utilized it in the code:

Here I've managed to get the basic code written out, and making sure it's working:

Now to duplicate the same effect for each pony, while tweaking them for each one:

Here's what the expression basically enabled me to do, and now that I think about it, there actually would have been a simpler way to do this... but oh well... 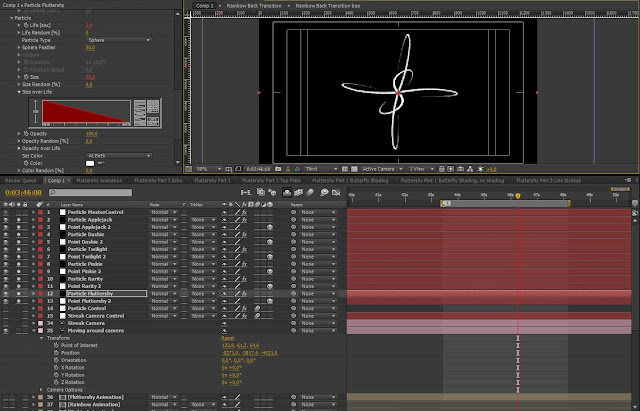 Lastly, I've added keyframes to tweak the movement to be exactly what I want:

And that's basically the hard part of the scene. The rest will be animating the different elements (including shapes and the camera), but that's basically a normal routine for me nowadays, so it's nothing that special. That stuff can basically be found on youtube anyways...

But now, back to editing. Or sleep. I haven't decided yet.
Lähettänyt Acleps klo 17.51